Originally commissioned by the City’s Percent-for-Art program, Bertoia’s fountain was installed in the central plaza of the Philadelphia Civic Center in West Philadelphia in 1967. The sculpture was placed in storage in 2000 when the plaza and the adjacent buildings of the Civic Center were slated for demolition. Conservation of the sculpture will take place on site at Woodmere through the summer, and the public is invited to observe as the sculpture is cleaned and restored to splendor. The sculpture is made through a process Bertoia invented; he would bend commercially obtained copper tubing by hand and weld it together with a bronze alloy.

Harry Bertoia was born in Italy in 1915, and he immigrated to the United States at the age of fifteen. Invited by Hans and Florence Knoll, he moved to Bally, Pennsylvania in 1950. He was successful in his work for Knoll, Inc., and he pursued a career that bridged the fine arts and industrial design. Starting in the summer of 1966, he built the Free Interpretation of Plant Forms with two studio assistants in the parking area outside his Bally studio because it was too large to build inside. He delivered it to the Philadelphia Civic Center in 1967. 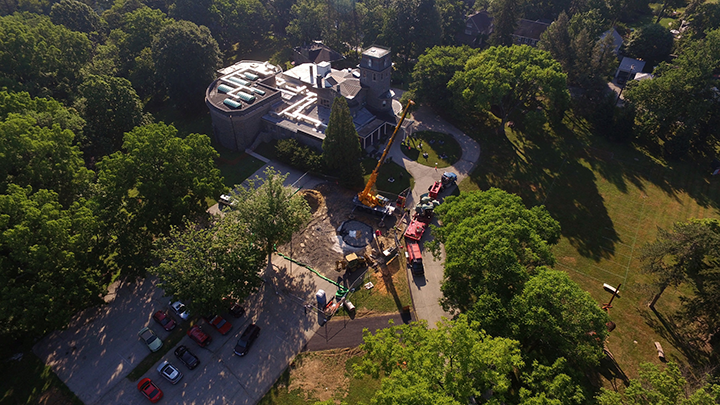 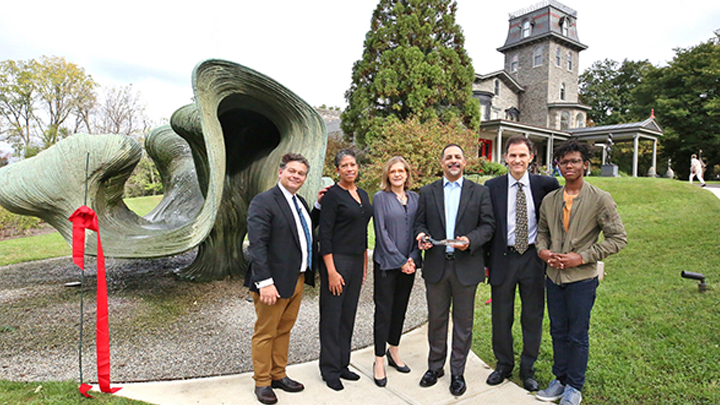