Peter Paone (born 1936) was born and raised in South Philadelphia. He grew up in a first-generation Italian-American home where the only art on the walls was religious in nature.

In the 1950s, Paone attended the Philadelphia Museum School of Art (now the University of the Arts), where he received a bachelor of fine arts degree in art education. His instructors included Benton Spruance and other great narrative artists and illustrators.

Paone's work has been exhibited at institutions across the United States and across the globe, and he has held senior teaching positions at both Pratt Institute and the Pennsylvania Academy of the Fine Arts (PAFA).

He has been enthusiastically involved in the Philadelphia arts community as an artist, collector, and teacher for over five decades. In 1980, he established PAFA’s printmaking department, where he taught from 1978 to 2009, and served as the department’s first chair. He was also the vice president of the Print Club (now the Print Center) for six years and he serves on the Woodmere’s collection management committee.

Every year, Woodmere organizes a gala party in order to recognize individuals who have made a difference in the life of the Museum. This year, our party was virtual and we honored three artists who have volunteered at Woodmere for ten years and longer: Penelope Harris, Peter Paone, and Bill Scott.

Woodmere offers this exhibition as an expression of gratitude. Harris, Paone, and Scott are all painters, and their drives and interests are different. Click below to learn about their individual talents and achievements. 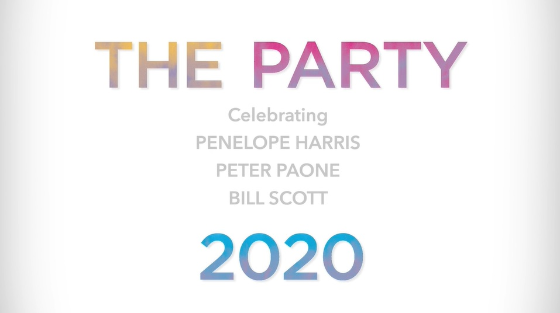 Stories Trigger
Blank field used to trigger form on artwork and artist pages. DO NOT EDIT

[Smoker with a Cigarette]

Artist and His Model

Head of a Woman

Lines from Any Poem

Portrait of a Woman After Jan Antonisz Van Ravensteyn

VIII A Hippo in My Living Room

Woman with Thoughts of Her Own

X Applause for a Caught Fish